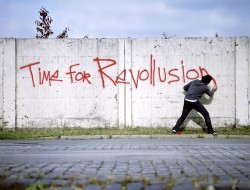 Exhibition / This yearning is ours! 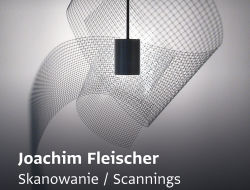 The 7th edition of the International Festival of Poster and Typography Design PLASTER is dedicated to the graphic design of Ukrainian artists. It is aimed to present the variety of creative expression among the designers of Ukraine and to track the unique features within their work.
In an attempt to present the broadest possible perspective of the graphic design from the neighbouring country, we are planning to show the works of experienced artists that have been forming the style of national design for years, along with inspiring representatives of the young generation, either working for art studios, or freelancers.
The festival features not only works relating to the tradition of graphic design, created with the use of calligraphy and drawing, but also projects developed with the use of contemporary tools and technologies.
We would like to reflect upon a question of the nature of Ukrainian design – how much of it is actually based on traditional aesthetics and how much makes part of the global trends of contemporary design.

Krzysztof Białowicz – curator of the festival

Accompanying event:
19.05 Thursday:
19.00 Do rany przyłóż [All Sugar and Spice] – site-specific installation by professors and PhD candidates at the University of Arts in Poznań under supervision of professor Maciej Kurak; VJ concert / Galeria S, Department of Intermedia Arts, NCU, Mickiewicza 121

Graphic designer, Art Director, founder of the DNK design studio (Designer Nikolay Kovalenko). He graduated from the Kiev State Institute of Fine Arts and Design. He is the creator of the DNK SHOP store design objects and co-founder of the KOEL clothing brand. A member of the Ukrainian Union of Designers, Board of Directors of the Art Directors Club Ukraine and the “4th Block” Association of Graphic Designers. His works have been published in advertising magazines and catalogues. He has received more than 100 awards in many competitions around the world, for example – Red Dot Award: Communication Design (Germany), European Design Awards (Greece) and HOW Poster Design Competition & Awards (USA). He was also a member of the juries in advertising and design festivals in ADC*E Awards (Spain), KAKADU Awards (Ukraine), Kiev International Advertising Festival (Ukraine), GOLDEN FLEA trademarks competition (Russia) and many others.

20.05 / Friday
19.00 CoCA, ground floor
Opening of the exhibition of works by Nikolay Kovalenko

Ukrainian and Polish designers participated in the outdoor exhibition held as part of the 7th Plaster Festival. The subject matter – in a very broad sense and without specific social or political references – was approached in a great variety of ways. There were posters drawn with bold strokes by Joanna Frydrychowicz, Rafał Drzycimski, Daria Stetsenko and Sasha Rudova. Photography as the dominating motif “covered” with sublime lettering could be found in works by Grafprom Studio, Ira Olenina and Tanya Borzunova. A separate group contained purely typographic projects, focusing on single words or longer phrases: Oleksij Khatkevych, Olena Staranchuk and Krzysztof Skrzypczyk.
Apart from the rich diversity of styles and techniques, we saw numerous interesting interpretational approaches at the Design vs Crisis exhibition. The artists related mostly to an artistic, cultural or social crisis. I believe the fact that the designers avoided allusions to the present political crisis in Ukraine was a success of the project. We witnessed an artistic stance which, choosing to ignore the political situation, proved that graphic design is an entirely independent artistic phenomenon operating in its own language.

Iliya Pavlov and Maria Norazyan founded the Grafprom studio in 2006. Daria Titarenko joined their firm in 2013. Like they said: “The name of the studio isn’t a coincidence – it reflects many things about us. Specifically, we went to KhudProm (today the Kharkiv Academy of Design and Arts, KhDADM). It’s also a play on the name of the best-known building in Kharkiv: Derzhprom (the State Industry Building), which was built in the 1920s in the constructivist style – our favourite. Finally, there’s the bipolar essence of our union.” In 2011, Iliya defended his PhD dissertation, The Photograph in Graphic Design: Means of Artistic Visual Expression.

Open Design – Ukrainian design collectives
The exhibition on the CoCA terrace constitutes a review of topical trends in Ukrainian graphic design, based on the creative activity of the best known and recognizable graphic studios, including 3Z, Grafprom, Pictoric, Marczka Ruban and Andriy Shewchenko. Various in terms of style, the displayed works provide a point of departure for reflection on how far commercial advertising agencies can develop their own autonomous high-quality graphic style. Every edition of the Plaster Festival poses the question of the individual character of graphic design, which can be identified as elements related to the culture and tradition of a given state or region.
The name Open Design suggests, to some extent, openness to inspiration by European design in the broad sense of the word but, on the other hand, shows that it is necessary to analyze the activity of design groups in relation to the intermingling of traditional illustration and lettering and respect towards composition.

Typography is of vital importance in graphic design. It may be subordinated to illustration, or form an autonomous and self-sufficient composition. In an era of digital typesetting, type has been replaced by letters merged with computer systems – fonts. They are a handy but also risky tool. The easy availability of thousands of fonts makes the choice of lettering mechanical and thoughtless.
In the process of constructing a typographic sign, calligraphy, or the art of lettering based on manual work, constitutes a separate phenomenon. Calligraphic projects are executed directly on paper with traditional tools, including a nib, a pen and a profiled stick. It is mostly in the East of Europe that calligraphic art is continued.
The TypUA exhibition offers an interesting picture of the relation between typography and calligraphy. Ukrainian designers show that calligraphy continues to inspire contemporary design. It is often the starting point for the creation of a new unique font. Intelligent transformation of gesture produces intriguing effects in the form of an original font. On CoCA’s 3rd floor we may witness a dialog between the past and present, meditation and expression.

Do rany przyłóż [All Sugar and Spice] is another edition of the project initiated by Dorota Chilińska, aimed at the exchange of experience between art schools in Poland. Every year, we invite young artists to organize a site-specific exhibition at the Studencka Galeria S in the Department of Intermedia Arts as part of the Plaster Festival. In previous years, we presented works by students from Gdańsk and Łódź.
Three artists from the University of Arts in Poznań are taking part in the project: Tomasz Jurek, Witold Modrzejewski and Radosław Włodarski. Do rany przyłóż [All Sugar and Spice] offers a critical look at the contemporary phenomena of culture in the broad sense of the word. Specific works relate to the social problems of contemporary globalized reality and address such questions as the search for the identity of local communities or institutions of neoliberal democracies. They also pertain to past cultural phenomena.
While presenting the past, they also comment on the present day and show the repeatability of certain phenomena as well as their altered character these days – or perhaps their contemporary “execution”, total completion. This is what Witold Modrzejewski’s Black Figure Painting relates to. Any attempt at sanctioning somebody’s merits in the so-called Eastern Bloc inevitably involved glorification chiefly in the form of “award policy” until the 1980s.
Radosław Włodarski’s Space Between is similar. In the print, the artist presents equipment that was never actually produced, meant to help the Nazis identify people of “inferior races” during the Second World War. It turns out that people are still selected, though in a subtler fashion. The bizarre phenomenon of door selection is all about segregation, resulting in further polarization of society and growing social inequality.
What did not happen in the past is happening now in a different form. Like in Jurek’s work, things that were once shunned are accepted nowadays as they are presented in a nicer and more sophisticated way. The project Do rany przyłóż [All Sugar and Spice] can be interpreted at the intentional level as casting light on contemporary social and cultural processes, rather than as a search for a solution to old problems.

The Survival Design conference, which is part of the Plaster Festival, aims to discover new contexts in the debate on Polish and Ukrainian graphic design. Contemporary graphic design encounters new challenges and diffi culties. In addition, working as a graphic designer often requires the possession of survival skills.
Ideological, political or social circumstances obviously affect graphic design, however, there are other determinants too: designers have to struggle with clients and defend their own artistic strategies or – seemingly the most trivial – they have to survive on the market. In the end, the winner is the one who is the most adaptable.
Participants of the conference are young graphic designers, as well as experienced artists, representing different disciplines of graphic design: from calligraphy, poster and illustration, to modern, interdisciplinary design.