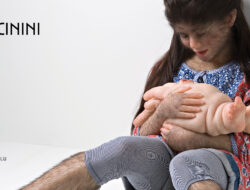 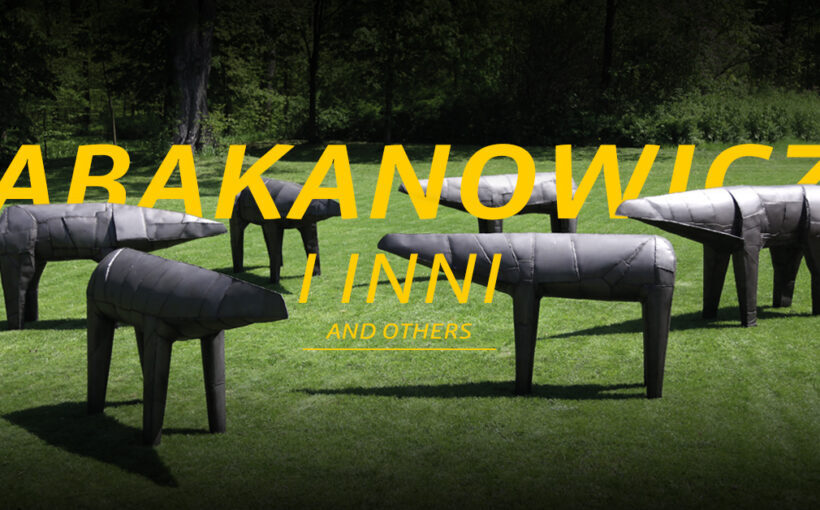 An icon of Polish contemporary art, Magdalena Abakanowicz enjoyed huge international renown from the 1960s, and her creative output is still held in the highest regard. Her woven works, called Abakans, earned her fame and wide acclaim, revealing a new facet to international fibre art and locating it closer to sculpture. This road – leading to classical sculpture – was followed by Abakanowicz throughout the next decades. The first prize at the São Paulo Biennial, as well as participation in major international biennials across the world, lent even more weight to her status as a renowned Polish artist. Popularity with the public and critics soon bred success on the art market. Magdalena Abakanowicz collaborated with the famous Marlborough Galleries in London and New York, as well as other prestigious venues that sold many of her works and prompted public commissions. Today, her works can be seen in the world’s leading art museums, including New York’s MoMA, while her sculptural installations are found, for instance, in Grand Park in Chicago and Cytadela Park in Poznań. Abakanowicz did not forget her home country – one of the best collections of her creative output remains in the possession of the National Museum in Wrocław, but the Centre of Polish Sculpture in Orońsko also boasts one. And it is the latter that Mutants, displayed at this show, comes from.

Still, contemporary Polish sculpture – artistically splendid, universal, rich and variegated, known at home and abroad – is by no means restricted to Magdalena Abakanowicz’s oeuvre. While it undeniably continues to represent a model and a reference point, especially in an international context, a group of highly original and talented younger artists emerged on the Polish art scene in the 1970s and, for the most part, the 1980s. They picked up the subjects once addressed by Abakanowicz, including the human condition or the relationships between humans and other living beings, but also explored new issues – social and political, of greater relevance to themselves and their viewers.

The exhibition held at CoCA presents classic works by Magdalena Abakanowicz along with pieces created by artists who, like Józef Łukomski, examined similar themes and applied similar sculpting techniques, but were unable for a variety of reasons to pursue their careers and faded into oblivion. Unjustly so, and it is therefore so much more satisfying for us to allow their creative output to be seen again, to pull it out of the vast Orońsko collection.

However, the largest part of the show is devoted to artists who embarked on their careers in the 1980s, a dramatic period inaugurated by the euphoria of August 1980 and Solidarity, and brutally stifled by the introduction of martial law and the severe economic crisis. Later on, in the 1990s, these artists ventured out to cope in a new world of predatory capitalism, and they were successful.

The 1980s were dominated by art groups, such as Neue Bieriemiennost started by Mirosław Bałka (one of his lesser-known works from the CoCA Collection is on show), Mirosław Filonik and Marek Kijewski. With their ephemeral form and message, works produced by the last as part of the Kijewski/Kocur artist duo represent an important part of the show. Also of significance are the pieces created by Krzysztof Markowski, a member of another major group of sculptors in the 1980s – Koło Klipsa from Poznań, as well as the installation of Piotr Kurka, an artist connected with the same group. Markowski’s Boat can be viewed as a symbol of 1980s art prevented by martial law from reaching international audiences.

The panorama of New Expression – as independent Polish art of the 1980s was called – also features works of two artists who chose to tread a path of their own, rather than joining any art groups: Grzegorz Klaman from Gdańsk, with two large pieces made in different periods on display at CoCA, and Krzysztof M. Bednarski from Warsaw and Rome. We are extremely happy to present his Sphinx made of matchboxes which were rationed under martial law, shown for instance at the exhibition Ekspresja lat 80-tych at the BWA in Sopot (1986), one of the first shows of New Expression.

Both Klaman and Bednarski actively pursued their work in the 1990s when so-called critical art was taking shape; they have also been active in the first decades of the 21st century. Also present at the show is a miniature sculpture by Paweł Althamer, one of the leading figures in critical art, as well as works of other artists who have contributed substantially to this trend – Robert Rumas, Dorota Nieznalska and the duo of Leszek Golec and Tatiana Czekalska.

Abakanowicz and Others has no one unifying message, thread or diagnosis running through it – it is a show of magnificent sculptures, universal works affecting the viewers chiefly with their artistic values and deeply humanist subjects. It offers an overall picture of contemporary Polish sculpture, presenting a set of works from one of Poland’s most important collections – assembled by the Centre of Polish Sculpture in Orońsko, celebrating its 40th anniversary this year.

The exhibition Abakanowicz and Others includes works by the following artists:

Works from the collection of the Centre of Polish Sculpture in Orońsko, celebrating its 40th anniversary.

Our thanks go to Prof. Maciej Aleksandrowicz, Director, and the entire team at the CPS for their trust, assistance and fruitful collaboration.