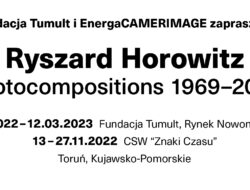 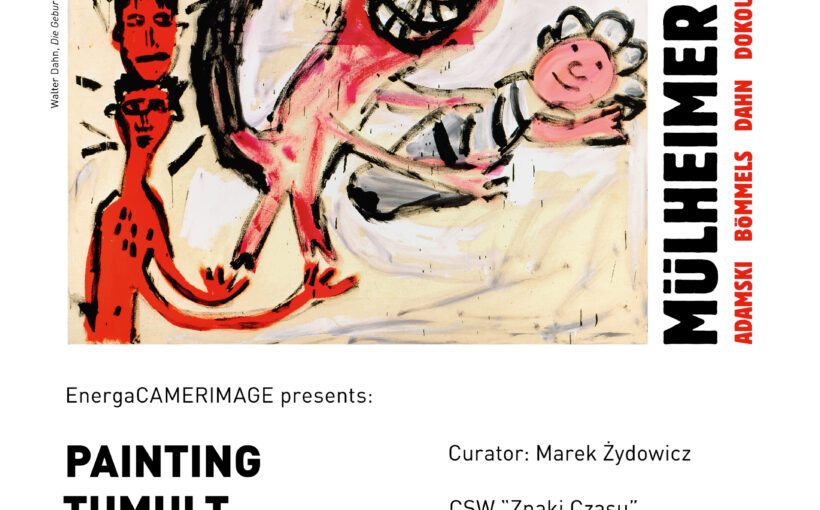 Painting Tumult at the Center of Contemporary Art in Toruń

This year, the exhibition Painting Tumult 1979-1988. Mülheimer Freiheit has a chance to become the most significant artistic event at the Center of Contemporary Art Znaki Czasu in Toruń. The exhibition accompanying the EnergaCAMERIMAGE Film Festival will be the first in Poland presentation of works by the group of German neo-expressionists being active in Cologne in the first half of the 1980s. The exhibition – curated by Marek Żydowicz – will be open for visitors and available from November 13 to mid-April next year.

The German New Expressionism is perceived as one of the last great artistic movements of the 20th century. The success of young artists from across our western border, whose work became very popular in the 1980s, was considered in art as a symbol of return to figurative painting. The Mülheimer Freiheit group played an important role in this movement, and was distinguished by its amicable attitude to all artistic phenomena. They were said to be artists without ideology. The group was named after the location of the studio – the backyard of a neglected tenement near the banks of the Rhine River, at Mülheimer Freiheit No. 110 in Cologne. In October 1980, several painters gathered there, and started to work together until 1984. It was due to preparations for a joint exhibition offered to them by Paul Maenz, the owner of an extremely crucial gallery in Cologne, who became their promoter. The exhibition was eventually opened on November 13, 1980. It is truly an amazing coincidence that the opening of the event in Toruń will take place exactly 42 years later!

The group members were: Hans Peter Adamski, Peter Bömmels, Walter Dahn, Jiří Georg Dokoupil, Gerard Kever, and Gerhard Naschberger. The founders of Mülheimer Freiheit defined their painting in the following way: as an inexpensive, quick medium that satisfies the need for being with art on a daily basis, an artistic life that is also – but not only – romantic. They worked without any program assumptions, without formulating any manifesto, nor did they have any ambition to create their own school or style. They distanced themselves from engaged art and politics. One cannot remain indifferent to the paintings of the Mülheimer Freiheit group. The works have their unquestionable place in the art history of the 20th century and had a significant impact on art, both German and global.

More than 200 large-format paintings by the group will be presented in Toruń. The works, which will be displayed with the artists’ participation in Toruń on the first Sunday of the EnergaCAMERIMAGE Festival (November 13), stand out by their unusual, expressive form referring to the aesthetics of art brut, graffiti, bad painting, punk fanzines, new wave music, or the scribbled walls of public toilets. It will be a unique chance to see how the 1980s Painting TUMULT artists in Cologne used techniques of action painting, collage, spray painting, and mural painting. The paintings may seem violent, aggressive, seemingly carelessly framed. But they perfectly capture the spirit of the times in which they were created, the times when the flame of euphoria of the youth movement of the late 1960s had already burned out, and the world, after Russia’s invasion of Afghanistan, was once again plunged into the arms race and rivalry between two global powers. Does this sound familiar?

In the words of Marek Żydowicz, the exhibition curator: Works of the Mülheimer Freiheit artists were a form of spontaneous reaction by sensitive young people to the surrounding world, including minor private and occasionally public events, those of historical importance. The Mülheimer Freiheit phenomenon does not intentionally follow any of the Expressionist styles. Their creative efforts are unique in their full acceptance of the laws and roles played by various phenomena in the world of art. They simply represent Affirmative Expressionism.

As the years passed, the members of the group separated from each other, and started making names for themselves. After many years, they will meet again in Toruń. At the opening of the exhibition in Toruń on November 13. Except for the artists of the Mülheimer Freiheit group, major curators, collectors, and German and Swiss art gallery owners will visit the city.

The exhibition Painting Tumult 1979-1985. Mülheimer Freiheit will be accompanied by a film review presenting the 1980s art and culture that had an impact on shaping the artistic formation known as the new expression or telling the stories of outstanding artists. The exhibition will be open until April 16, 2023. There might be no a prompt occasion to see such a vast collection of German Neo-Expressionism works in Poland. 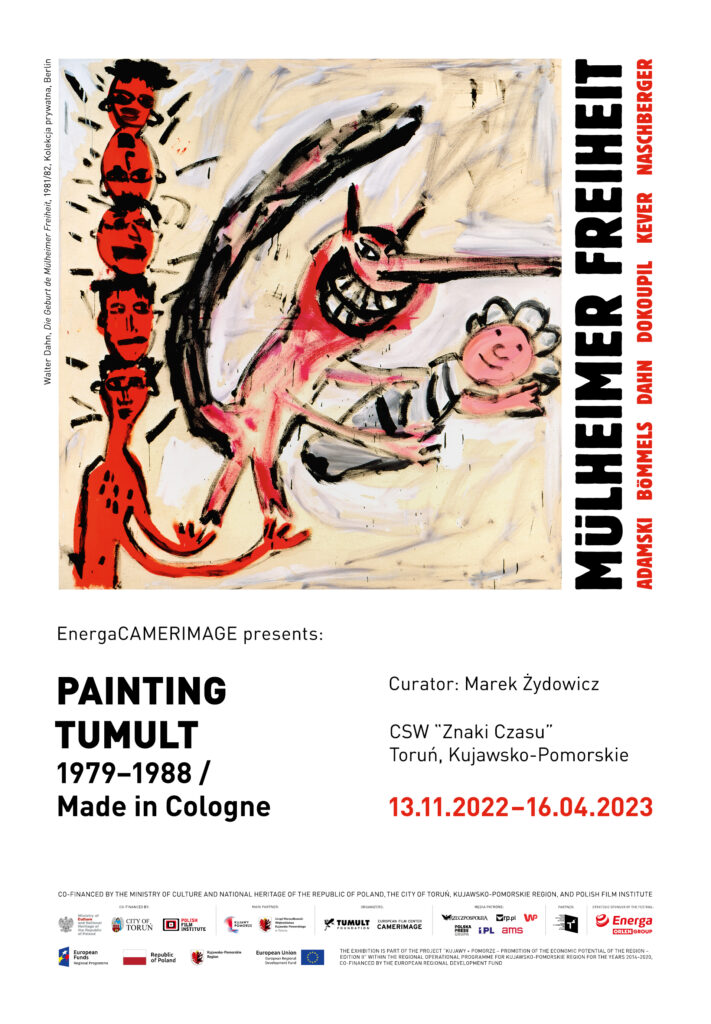