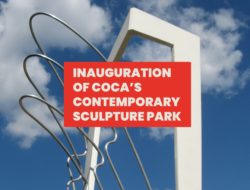 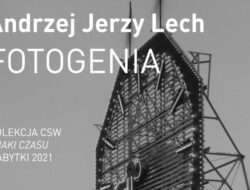 Piotr Dumała (born 1956) – Polish director, screenwriter, writer, illustrator, novelist, graphic designer and set designer for animated films. A professor of Film Art, lecturer at the Department of Photography and Television Production of The Leon Schiller National Film, Television and Theatre School in Łódź, at the Department of Visual Arts at the Konstfack University College of Arts, Crafts and Design, and at the Harvard University (USA). Member of the Polish Film Academy. In his works he employs a technique of painting and scratching pictures on plasterboard. Winner of several dozens of prestigious awards and distinctions in Poland and abroad.

About the films:
“Ostatnia wieczerza” (The Last Supper, 2019)
Night. Darkness. A modern train enters the frame. Inside we notice a scene inspired by Leonardo da Vinci’s “The Last Supper”. The painting comes to life. The characters keep on repeating gestures resembling a spectacle of contemporary dance of gestures evolving into surprising morphings… A film produced by FUMI Studio.

“Hipopotamy” (2014)
Seven naked women take a bath with children in a river flowing through a forest. Idyll. They are observed by a group of five naked men hiding in the shadow of branches hanging low over water. The men are aroused. One of them decides to make advances but is pushed back by a woman. The male accidentally falls into water, disgracing himself in the eyes of his colleagues. He gets up enraged and forcefully tries to get a woman. A film produced by FUMI Studio.

“Zbrodnia i kara” (Crime and Punishment, 2000)
A film based on the novel by Fyodor Dostoevsky. A young man living in the attic of an old tenement house murders two elderly women. A likely witness of the deed was a man in a cylinder. The murderer goes back to his room and suffers frightening hallucinations and remorse. He circles nearby the place of murder…