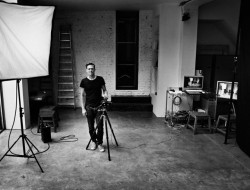 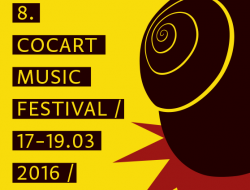 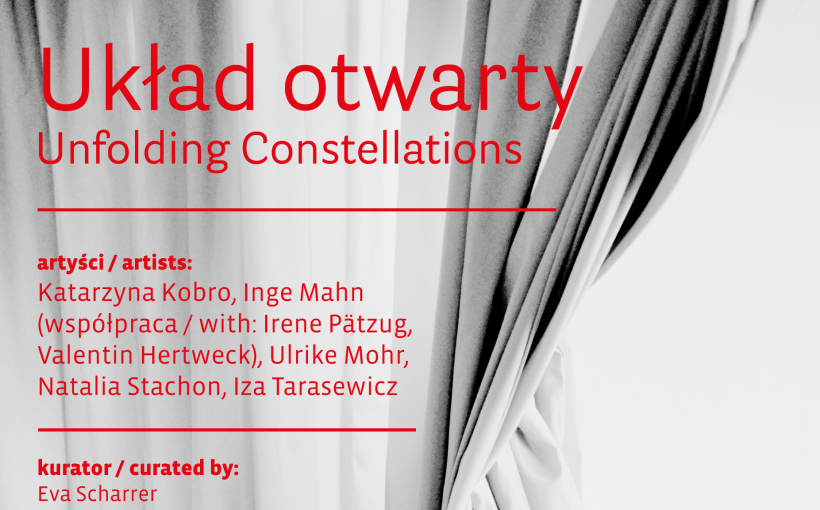 “Unfolding Constellations” at CoCA Toruń takes as its starting point an encounter between women sculptors of different generations, born between 1898 and 1980, from Poland and Berlin. As in a celestial constellation, connections can be drawn between their works, but the configurations that emerge will depend on one’s individual perspective.

Inge Mahn, Ulrike Mohr, Natalia Stachon and Iza Tarasewicz were each invited to occupy one of the second-floor spaces of CoCA Toruń with a spatial installation. Working in a diversity of materials – plaster, charcoal, fabric, clay, pigment, concrete, gold, rusted or stainless steel, acrylic, glass – each takes an individual approach to the specificity of her chosen medium, and to its transformative and evocative qualities. Together, they present a set of interrelated dichotomies: process/permanence, fragility/solidity, figuration/abstraction, organic matter/industrial material, volumes/voids, chance/precision, motion/stillness, black/white. What they share is a spatial conception that unfolds like a rhythmical movement – a balancing act of matter in space.

The works of these contemporary artists are juxtaposed with that of the 20th-century avant-garde sculptor Katarzyna Kobro (1898–1951). Kobro’s understanding of sculpture, not as a solid body or object but as a spatial compositions testing the limits of inner and outer space, was revolutionary, breaking ground for following generations of artists working three- and four-dimensionally and beyond the strict categories of artistic genres. Kobro was a signatory of the 1936 Dimensionist Manifesto, which propounded the idea of “Hollow Sculpture, Open Sculpture, Mobile Sculpture, Motorized Objects” and, ultimately, a “Cosmic Art.” This notion of sculpture as a “four-dimensional space” is reflected in contemporary productions.

“Unfolding Constellations” does not suggest a direct lineage from Kobro to the other artists in the exhibition, and nor can it offer a historical survey of her life and work. Instead, it seeks to unfold the fine correlations and tensions amongst their individual positions and their approach to space and matter, re-contextualizing Kobro from a contemporary, yet entirely subjective and non-academic perspective.

At the entrance to the exhibition, an example of Kobro’s Spatial Compositions enters into a dialogue with selected works by Inge Mahn, Ulrike Mohr, Natalia Stachon, and Iza Tarasewicz. Disclosing an inherent fragility, the works relate to the human form in one way or another, speaking of the absent presence of the body and the space that it inhabits. From here, the constellation unfolds into the central hall, which is orchestrated by a theatrical installation by Mahn in collaboration with Irene Pätzug and Valentin Hertweck.

Katarzyna Kobro was one of the most distinguished female sculptors of the interwar period. Her suspended or Hanging Constructions from the years 1921/22 (lost), executed parallel to those of Alexander Rodchenko, pre-dated Alexander Calder’s Mobiles by a decade. Her Spatial Compositions of the 1920s and 1930s, designs made from a vocabulary of geometric shapes and arches of painted metal sheets, in which “sculpture enters space and space enters sculpture” (Kobro), deny solid mass and resemble modernist architectural models rather than traditional sculpture. Long marginalized by the shadow of her husband Władysław Strzemiński, her artistic career was interrupted by motherhood, forced migration, divorce, and the political obstacles she had to face as a Polish citizen with Russian-German roots after WWII, during which most of her work was destroyed or lost, and only posthumously partially reconstructed and reevaluated. The Museum Sztuki in Łódź (initiated in 1930 by artists of the “a.r.” group, among them Strzemiński and Kobro herself) holds the largest collection of her remaining works.

Born in 1943 in Teschen, lives in Berlin and Groß Fredenwalde

Inge Mahn’s body of work reverses both the ready-made principle and the traditional concept of architectural sculpture. Her plaster constructions represent real objects, but often distorted or placed in a new context. Her approach is not simply to recreate the form of the objects, but rather to execute their “portrait,” thus questioning the scope of the term itself. Always taking the role of the observer into account, Mahn focuses closely on how to create mental and physical access to the work, reacting closely to the architectural and social environment.

Mahn studied as a master student in the class of Joseph Beuys at the Kunstakademie Düsseldorf. Her graduation project Schulklasse (1970) led her to the presentation of her work at documenta 5 in 1972, one of the most influential exhibitions in history, curated by Harald Szeemann. Later, she held several professorships, the last at Weißensee Kunsthochschule in Berlin. Mahn’s work has been presented in several solo and group exhibitions, most recently at Cahiers d’Art, Paris (2015) and Akademie-Galerie, Die Neue Sammlung, Düsseldorf (2014). Earlier presentations include MoMA PS1, New York (1981), Städtische Galerie im Lenbachhaus, Munich (1983), Hamburger Bahnhof, Berlin (1988), Württembergischer Kunstverein Stuttgart (1990), Kunsthalle Helsinki (1996), Museum Fridericianum, Kassel (1999), among others. In 2012, she founded the exhibition space Stallmuseum in Groß Fredenwalde.

Ulrike Mohr’s artistic approach utilizes material transformation processes that are influenced not only by complex research findings and handed-down knowledge, but also by chance occurrences. Originating in the observation of nature, her works possess a singular physical presence. Her position as a sculptor arises from a process-oriented treatment of context-related materials, which she transfers into poetic installations. However, her interest is focused not only on material properties, but also on the temporal dimension intrinsic to ephemeral substances. Over the past years, the burning of char has become a central modus operandi in her practice, testing the limits of transforming not only matter but also objects into coal, and considering the various historical, cultural, environmental and metaphorical implications associated with carbon.

Born in 1976 in Katowice, lives in Berlin

Natalia Stachon’s works do not deny their relationship to early modern or Minimalist art. They deal with the sculptural development of space as a sensation, as a liminal and atmospheric volume. Pairing tactile, geometrically constructed plastic volumes with limitless luminosity, Stachon bases her work on a precise analysis of the spatial structures and sculptural minimizations of the abstract avant-garde, from the visionary spatial concepts of Russian and Polish avant-gardes of the 1920s to Concrete and Minimal Art. She transforms the sculptural settings of these forerunners into open spatial constellations with architectural dimensions, allowing transparent materials to guide the direction of view. In combination with language and drawing, three-dimensional bodies become spiritual, ephemeral volumes. Walter Benjamin coined the term “dialectical image” for such a transformation, where the past is interwoven with the present.

Iza Tarasewicz’s works serve as temporary conduits for a meeting of substances, energies, locations, temporalities, intonations and concepts, which the artist identifies as events in a continuous series of material and symbolic interactions. Her sensitive examination and transformation of materials is a complex interpretive exercise that often manifests itself in objects, spaces, graphs, drawings, sounds, videos, and performative actions. Her objects and arrangements are base things that resist the binary of natural and artificial, joining together quotidian, ignoble, or emblematic matter, such as clay, plaster, concrete, gold, steel, glass, tar, animal fat, skin, fur, intestines, plasticine, plant fibers and ash. Often bordering on hylozoism (the concept that all matter and non-matter has life), each object or arrangement explores the nature of its material makeup and challenges the viewer to consider both the vital energetic relationships in all things and the inextricable interrelation of chaos and order. Tarasewicz’s investigative practice distills, combines, deconstructs and redirects materials, so as to rediscover hidden aspects and relations, while signifying a contingency or deficiency in rational, human understanding to access such properties.

The focus of artist duo PätzugHerweck is the playful unsettling of our everyday experience with common objects, and space. At the intersection of anthropological, architectural and geometrical spaces, Pätzug and Herweck place mechanically animated devices, which aim at disturbing our habits to handle and perceive them, thus unveiling a contingency within this dimensional experience. Irene Pätzug and Valentin Hertweck studied at Weißensee Kunsthochschule in Berlin and Kunstakademie Dresden (Pätzug). They exhibit both individually and collaboratively. Their works have recently been shown at Baumwollspinnerei, Leipzig; Skulpturen-Triennale Bingen (2014); Pavillon am Milchhof, Berlin; Haus h, Dresden; Kunsthaus Dresden (2013); Hellerau – Europäisches Zentrum der Künste Dresden; DA Kunsthaus Gravenhorst; Mehrwertvitrine, Aachen; LOBE, Berlin (2012).

Eva Scharrer is a freelance curator and critic. She has organized exhibitions in Germany and Switzerland, most recently “Gustav Metzger. Mass Media – Today and Yesterday” in the showroom of Neuer Berliner Kunstverein (2015), and “To Paint is to Love Again” at the Deutsche Bank Kunsthalle in Berlin (2013). From 2009 to 2012 she was an agent, curatorial researcher and writer for dOCUMENTA (13), and in 2007 she was co-curator of the 8th Sharjah Biennial, “Still Life. Art, Ecology and the Politics of Change.” She has written catalogue essays on renowned and emerging artists and has been a contributor to international contemporary art journals, such as Artforum and artforum.com, Frieze d/e, Spike Art, Modern Painters, Kunst-Bulletin, and Texte zur Kunst. In 2015 she was editor of Block’s Weekend Zeitung, a newspaper accompanying the exhibitions “Ich kenne kein Weekend: Archive and Collection René Block” at Berlinische Galerie and Neuer Berliner Kunstverein. 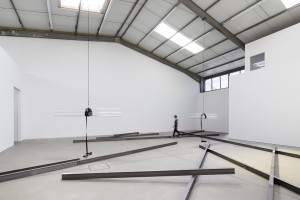 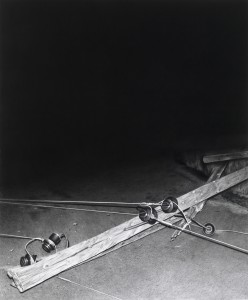 Natalia Stachon, The History of Aberrations 04, 2014, charcoal on paper mounted on dibond, 95 x 115 cm. Courtesy of the artist and Loock Galerie, Berlin and ŻAK | BRANICKA, Berlin 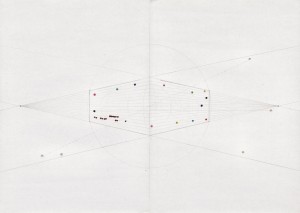 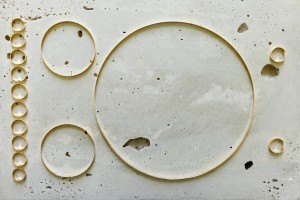 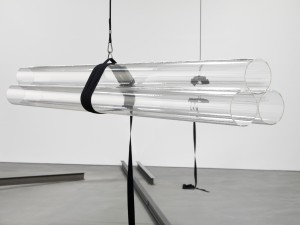 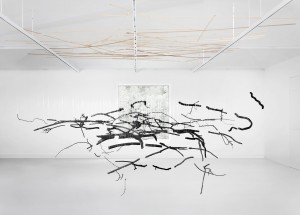 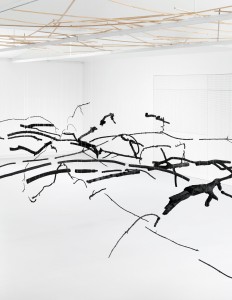 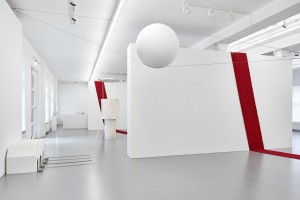 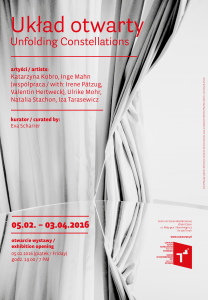