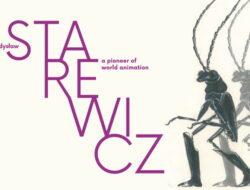 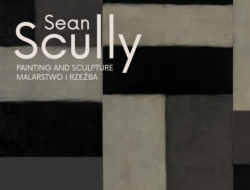 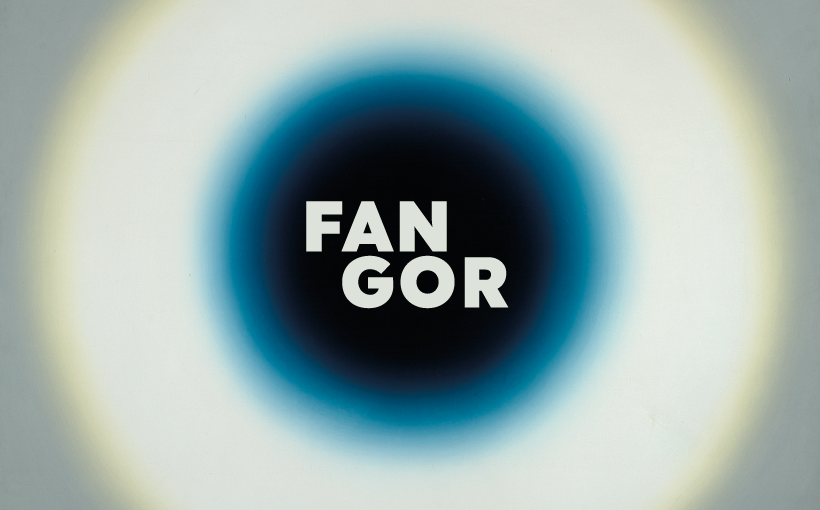 Wojciech Fangor was born in Warsaw in 1922. During the war, he took private lessons with Tadeusz Pruszkowski and Felicjan Szczęsny Kowarski. In 1946, he graduated from the Academy of Fine Arts in Warsaw, where he returned to work as an associate professor in 1953-61. In 1961, he left the socialist state of Poland and remained abroad for 38 years; when he finally came back, he took an active part in Polish artistic life. He lived in Vienna, France, West Berlin, England and the United States. His works are held in museums, galleries and private collections worldwide. Between 1949 and 2015, he staged over fifty individual exhibitions, mostly in the U.S. and Europe. He was the only Polish artist to have an individual show at the Solomon Guggenheim Museum in New York in 1970, putting on display 37 canvases which revealed him as a precursor to Western Op art – his pictures becoming symbolic of the style. The many awards he received include the second prize at the Second Polish Exhibition of Visual Art in Warsaw (1951) and the 2014 Jan Cybis Award – one of the oldest and most prestigious artistic awards in Poland. He obtained the Gold Medal for Merit to Culture – Gloria Artis from the Minister of Culture and National Heritage and the Order of Polonia Restituta – Commander’s Cross with a Star from the President of the Republic of Poland. In 2015, he was awarded the degree honoris causa by the Academy of Fine Arts in Gdańsk. He died in Warsaw in 2015.

One of the most innovative painters of the second half of the twentieth century, Wojciech Fangor debuted shortly after the end of World War II and continued to switch painting styles throughout his artistic career, producing figurative as well as abstract works. In the 1950s, he created a number of canonical paintings conforming to the conventions of Socialist Realism, including Figures, 1950, which is one of the best-known pictures of Polish 20th-century art, and Korean Mother, 1951, an anti-war painting that won him popularity and secured a high position in the art world. In 1954, Fangor created his largest work, Forging the Scythes, rediscovered for the public in 2013 after years in oblivion. The work, depicting three men hammering a scythe upon an anvil, was painted on a wall at the Historical Museum of the City of Warsaw for an exhibition devoted to the January Insurrection. One of the reasons why it was covered was a change in the exposition concept developed by Stanisław Zamecznik. At the Toruń show, the painting is presented in the form of a large-scale printout.

From the late 1950s on, his paintings acquired characteristic colour vibration obtained by blurring the edges of colours that were concentric or undulating. With the impression of motion they conveyed, these abstract paintings cleared a new path in Polish and international art. From that moment on, Fangor’s work became part of the international trends of Minimal art and Op art. Bożena Kowalska wrote about his creative output of that period: “The artist’s circles constituted an ongoing multi-layered experiment. He kept testing the effect exerted by garishness and subdued colours in various combinations, saturation and brightness of colours, the size of circles, varying wideness of stripes and their density, or ascetic restraint and discreetness of expression. In his paintings, he also employed all sorts of contrasts known in the theory of colours, as well as the phenomenon of afterimages.”

Between the mid-1970s and the mid-1980s, Fangor returned to figurative painting with a series of “between-faces” and “television” pictures. Inspired by his fascination with mass culture, the artist also produced collages, incorporating into them fragments of scenes, figures and objects taken directly from illustrated magazines.

The beginning of the 21st century saw new and intense activity on the part of Fangor. He began a new cycle of “palimpsest” paintings, reinterpreting old sketches and drawings. In a filmed interview Od astronomii do malarstwa (From Astronomy to Painting), to be watched at our exhibition, we see an astronomy lover who constructs telescopes and has built an observatory in Summit, NY. A painter from a very early age (painting was his “way of dealing with fears and demons”), he took to astronomy as a twelve-year-old and never stopped being fascinated with it. Fangor considered a career in astronomy but, being poor at mathematics and not really committed to the scientific and theoretical aspects of the subject (for him, astronomy held a poetic and visual attraction), he decided to stick to painting. He produced two portraits of Nicolaus Copernicus as a tribute to the great astronomer, in 1948 and 1949. The earlier picture is to be seen at our exhibition courtesy of the Nicolaus Copernicus Museum in Frombork.

Wojciech Fangor was a distinguished sculptor as well. His first sculptures, including Dolorous Head and Moon, 1948, the latter contained in this exhibition, were put on display at the Young Artist Club in Warsaw in 1949. His oeuvre includes numerous sculptures, spatial works and stage designs created between 1948 and 2015. In 1955, he began collaborating with architects: Stanisław Zamecznik, Oskar Hansen, Zbigniew Ichnatowicz and Jerzy Sołtan. It was Zamecznik who made Fangor see space as artistic matter and the two created together the first Polish environment, the installation titled A Study of Space, presented at the New Culture Salon in Warsaw in 1958. The last sculpture produced by Fangor is Grace, which is structurally akin to Giants made in America in 1980. “It is an example of Fangor’s unique tendency to annul differences between diverse genres of art. The sculpture is at once an exquisite painting and a fantastic spatial form,” stressed Stefan Szydłowski, the curator of 3 Dimensions at the Centre of Polish Sculpture in Orońsko.

No less importantly, Fangor was an eminent poster artist, a co-founder of the Polish School of Posters. The posters he created between 1950 and 1961 contain almost every subject matter, attempt, question and discovery considered to be an essential feature of the Polish School of Posters. He united drawing with photography, graphic art with painting, making use of the arbitrariness of geometric shapes and typography. Quite a few of his posters were created in collaboration with other artists, for example Jerzy Tchórzewski, Henryk Tomaszewski or Wojciech Zamecznik. The decade of creating posters yielded almost a hundred projects of artistic, ideological and informative value (e.g. regarding cultural events). He used similar artistic motifs in paintings and posters, powerful monumental forms that were synthetic and simplified. His poster for René Clément’s film The Walls of Malapaga (1952) is considered to have initiated the Polish School of Posters, still enjoying international renown today. These compelling works with a well-defined form leave no-one indifferent.

Few people realise that Fangor created the mosaics at the Warszawa Śródmieście railway station. Abstract compositions made up of variously coloured ceramic tiles have been adorning the walls and ceilings of the underground section of the station at 50 Aleje Jerozolimskie for sixty years. In December 2020, 27 mosaic walls and 52 mosaic ceilings were included in the Register of Historic Monuments. Fangor’s mosaics are found on ceilings above three platforms, while those on walls have been fitted in shallow vertical recesses between travertine panels in halls, old waiting rooms and passages leading to the central platform. According to the accepted colour scheme, red, orange and yellow marked easterly directions, while blue and green – westerly ones. The artist also designed the trackside walls at seven stations of the second line of the Warsaw Underground with the sloping of typeface indicating the direction of trains. These are large panels executed in enamel on steel, combining useful information with a virtuosity of colour and form. The exhibition presents both projects in the form of large-format printouts and wall paintings.

There were many genres and techniques that Fangor employed in his work, and he would revisit some of them throughout his career. He never identified with any art group. The artist went down in art history as a versatile creator, focused on the essence of space – both physically and metaphorically. The exhibition room on CoCA’s second floor holds works created by the artist in all the techniques mentioned above.

To complete the portrayal of the artist-draughtsman, a most interesting graphic project executed by Fangor is displayed at the exhibition, a hand-made model of the book published in 2007 under the title Fangor. Prace na papierze w kolorze / Works on paper in colour. In cooperation with the Galeria aTAK and Krzysztof Musiał, we have prepared over 130 drawings by Fangor to be presented at the exhibition.

The exhibition has been made possible courtesy of museums, institutions, galleries and private collectors, and it will be accompanied by a programme of films devoted to the artists.