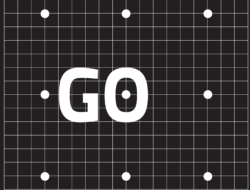 Exhibition / GO – Exhibition of the Department of... 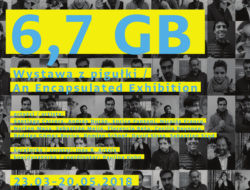 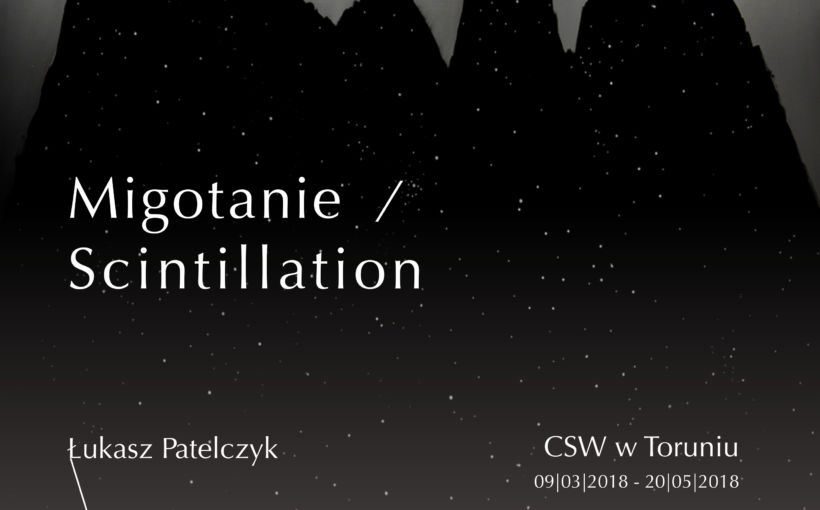 The title Scintillation has multiple meanings. Among other things, it refers to such optical phaenomena which produce illusions by refraction of light. On cloudless nights we may observe twinkling stars, but the word also refers to pulsating and erratic bulb light, sunbeams glistening on the surface of water, or any flickering, gleaming, shimmering of light while it meets a barrier or some other obstacle on its way.

The works by Łukasz Patelczyk presented as part of the exhibition at the CoCA Znaki Czasu in Toruń were created in 2011–2018. The simplest way to describe them would be to conceive of them as a blend of figurative and abstract painting. The artist starts by painting a realistic, synthetic and austerely presented mountain or maritime landscape. Only at a later stage does he introduce abstract forms into his paintings: these lines and stains and dots are isolated from the rest of the composition and evoke a feeling of unease and mystery. The landscape thus becomes ever less realistic, which changes the overall character of the work. The viewer may be wondering: what is actually hidden or camouflaged? And why is this the case?

Covering some parts of artworks is a long-established motif: for instance, sacred images were covered to protect them from the sight of sinners. Also, the viewers were at times guarded from the potentially detrimental influence of works of art: some of them were censored or sanitised. This practice remains intriguing for contemporary artists, even if their motivation in following it, as in Patelczyk’s paintings, is different.

Geometrical figures intruding into the realistic landscapes presented in these paintings may be viewed as parasites eating up the space on the canvas and hijacking the attention of the viewer. The painting and the landscape itself resemble a jigsaw puzzle, giving us only some idea of how it may have looked like at the outset, while the title ‘Scintillation’ is aimed to convey the sense of appearing and disappearing observable in the constant visual struggle between the flat abstract figures and the three-dimensional background.

Łukasz Patelczyk (b. 1986) graduated from the Academy of Fine Arts in Gdańsk in 2012 (the classes of Professor Teresa Myszkin and Professor Witosław Czerwonka). His works have been presented at about a dozen individual and collective exhibitions. His distinctions include a prize from the Hestia Artistic Journey competition (2011; special prize – artist-in-residence programme in Valencia), the press award from the Notes Na 6 Tygodni magazine (2015 Bielsko Painting Biennial), and participation in the final stages of such competitions as the Eugeniusz Geppert Competition (2013), Promocje (2012), ‘Fresh Blood’ – Young Art Review (2011), and the Modessqe International Painting Competition (2013). In 2016, he received a Cultural Scholarship from the City of Gdańsk. Some of his works have been included into the collection of the National Museum in Gdańsk and several private collections in Poland and abroad.