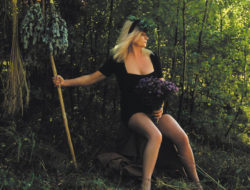 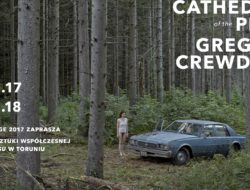 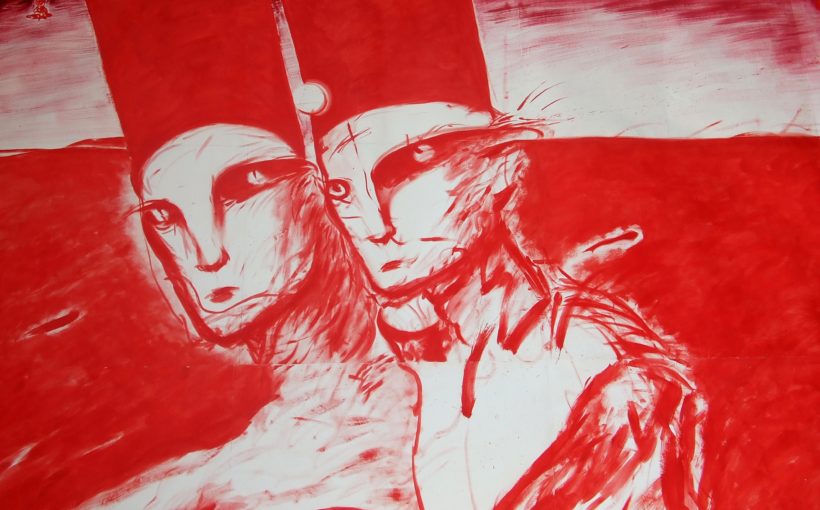 The historical Belarusian flag is white-red-white, as opposed to the official flag, red and green with a folk-style stripe placed at the left-hand side, which has been in use since Alexander Lukashenko took office as president. For the independence movements, the former is a symbol of free Belarus, and so such flags are used during street demonstrations. By contrast, the red and green flag is flown on the government buildings and during official public holidays (such as the parades on Independence Day; see the work by Uladimir Parfianok presented at the exhibition).

We have not chosen this symbolic title with the intention of giving a political dimension to the exhibition – after all, there are no political works included in the presentation. Instead, we wished to emphasize that this is a presentation of works by independent Belarusian artists. No more, no less.

As was the case with Poland in the 1980s, when the independence of arts was clearly visible and distinct from the official trends, one can see a similar phenomenon in present-day Belarus, although the setting is different: the shops in Minsk are overflowing with merchandise and people in the streets do not seem to be different from those of Poland or Western Europe, at least as regards the clothes they wear or the way they express their emotions. Nevertheless, the artists are the most accurate mood barometers, as they cannot be fooled with the view of packed shelves in shopping malls and fashionable outfits. They sense and demonstrate the freedom of their own expression and the hidden dreams of other people.

But it is worth emphasising once again: the exhibition WHITE-RED-WHITE. Contemporary Belarusian art is not in the least political in character. It is a presentation of mature, original, and veritable works of art at the highest European level. The fact that all kinds of genuine artistic activity refer to freedom is, to some degree, unintentional, but indeed rather inevitable.

The exhibition WHITE-RED-WHITE. Contemporary Belarusian Art” is presented together with the exhibition catalogue “Contemporary Belarusian Art – OD NOWA”. Some of the artists, however, have selected other, more recently created works to be presented in the catalogue, while a few (Sokolova, Kiryuschenko, and ARCz) do not appear in it at all, which made it necessary to supplement the publication with this appendix – it is our hope that it will be of some help for visitors.