Modernity of the Collection 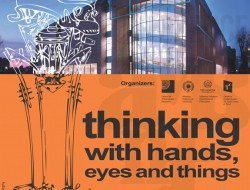 TRENDS IN INTERDISCIPLINARY STUDIES: Thinking with Hands, Eyes and... 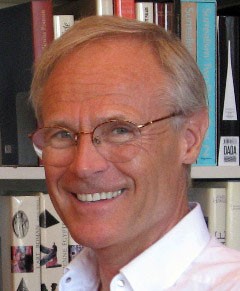 Ghislain Mollet-Viéville lives and works in Paris. He is a sworn expert in the field of contemporary art, a critic, a member of Association Internationale des Critiques d’Art (AICA), and also a collector. He defines himself as an agent of art (agent d’art), which should be understood as a system of professional actions related to communication and managing art in its relations with the society.
Interests of the French collector focus on conceptual art and minimalism as well as artistic propositions which may be labeled as “periferal” (fashion, design, advertising, art of gardens). Ghislain Mollet-Vieville was a curator of many exhibitions and artistic events. He has collected an archive of minimalism and conceptualism open for public. He is also an author of a publication upon the book Art minimal & conceptuel (1996), articles and essays in the exhibitions catalogue, and also numerous lectures at universitites and other institutions both public and private; he was engaged in organizing the renewed XV Biennale de Paris.

Indeed for a collector the reflection upon art and its multifaceted relations is as important as the works themselves in their material dimension. For this reason – to create an alternative for traditional galleries – he has transformed his apartment in Paris at  rue Beaubourg 26 together with the collection installed there into some kind of an “artistic platform”. It was a place of meetings, discussions, debates and various actions, for which the collected works were an artistic frame. At present GMV’s apartment has the same function, entirely deposited and recreated at Musée d’art moderne et contemporain in Geneva.

» Conferences » Meeting with french art critic and collector Ghislain Mollet-Viéville- The origin and reflection upon my...