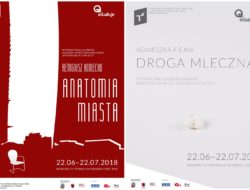 Exhibition/ Why do we need freedom, anyway? 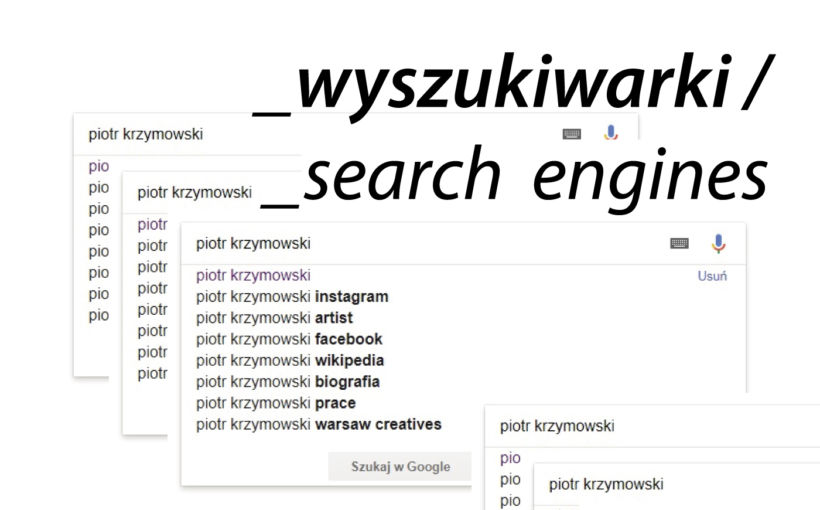 Guest show of the artist’s work in the CoCA hall

Seth Stephens-Davidowitz, Everybody Lies: Big Data, New Data, and What the Internet can tell us about who we really are

We inhabit an age of absolute digitization. Instead of reaching for books, we rely on a tablet or our phone, gathering information from the World Wide Web. The internet will allow virtually anything; we can shop, make friends, go through the keyhole and communicate with anyone who’s connected. The Internet has created a parallel world, governed by its own laws and customs that differ vastly from those inherent of the physical universe. Our relationship with such devices has become a most intimate one in which we explore thoughts, desires, emotions and taboos we might never consider exposing in public.

Krzymowski’s work compares and analyses the suggested results of the aforementioned search engines by typing the first few words of the same sentences in each search engine. Suggestions for completing each phrase are then provided automatically by the search engines (which equate to the most popular searches) revealing the bizarre, brutal and sometimes comical truth behind what people search for. The questions, which in this case become the answers, expose desires, fears, opinions and prejudices many would publicly deny.

The power of search engines lies in their ability to accurately reflect our world. Many feel a sense of anonymity behind a screen. People ask questions or make statements they wouldn’t openly voice. Each search engine generates responses that relate to the particular ethos and purpose of the platform and what it has come to represent to its users. This creates a diverse insight into the human psyche which allows for curious analysis. Indeed, search engines could easily come to replace questionnaires or anonymous surveys.

The Interent was created to facilitate our access to the wider world. It was intended to provide users with an encyclopaedic insight into science and the natural world. It has however become a world of its own. The Modern man must thus function between both of these worlds, one physical, the other virtual. Over a dozen years after the mass popularisation of the Internet, in a reversal of roles we can now use it to seek knowledge about ourselves – a method of research which has proven both valuable and revealing.

The artist records his on-screen activity as he conducts real-time data analysis. In a sharp and often witty way, he provides an insight into how digital data and the internet have come to shape the modern world.

It’s important to mention a further element that appears as the viewer watches the video. The on-screen activity takes the form of an animated computer system that appears to search itself. It suggests a totality to the virtual world – one able to exist independently of mankind, alluding to the ever-increasing sophistication of artificial intelligence and the power of the internet as an entirely parallel sphere. In contrast however, it also serves to highlight the impermanence and fragility of the online universe, which is open to anonymous threats and attacks.

About the Author: Paulina Tchurzewska