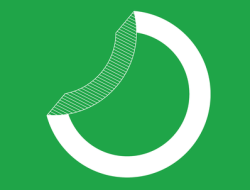 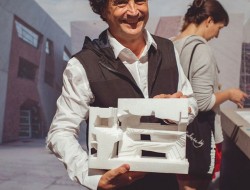 Fernando Menis in Centre of Contemporary Art in Toruń.

Breakthrough / Architecture in Poland after 1989

In September, the Centre of Contemporary Art “Znaki Czasu” in Toruń is staging an exhibition of the collection of scale models “Architektura-murator” for the Museum of Modern Art in Warsaw, featuring the most important buildings erected in Poland after 1989.

In 2014, twenty-five scale models representing the best Polish buildings of the last 25 years were constructed to celebrate the twentieth anniversary of Architektura-murator – the leading magazine devoted to contemporary architecture in Poland. Having been exhibited at the Museum of Modern Art, the models were added to the collection of the museum. They constitute a unique set on the national scale.

Describing the realizations contained in the Warsaw collection as “breakthrough” achievements of Polish architecture, the exhibition emphasizes the significant position of architecture in the transformation of political system. Represented buildings frequently caused changes in the approach to architecture in Poland, they set new trends, stood out from the rest and became records of the dynamics of history.

The eponymous “breakthrough” can be identified with the year 1989 which brought radical political and economic changes in Poland and opened up new opportunities for Polish architecture. In the last 25 years, in a world ruled by free market, numerous private architecture studios appeared and, as time went by, gained recognition. Private patronage returned and the Polish market opened for foreign investors, more and more companies decided to erect new stately seats. European funds made it easier to complete constructions dedicated to sport or culture. International contests were increasingly popular, resulting – for the first time in a long time – in foreign architecture studios realizing their projects in Poland. All this clearly shows that what we could observe in the last quarter of the century was an architectural breakthrough.

The very fact that architectural models have been included in the collection of a museum can be seen as a breakthrough; they were thus conferred the status of works of art worthy of being displayed by institutions devoted to contemporary art. This means that our perception of architecture has become more conscious and we are willing to recognize it as one of the important fields of contemporary culture.

It should be emphasized that the construction of new seats for the Museum of Modern Art (still in progress) and the CoCA (finished in 2008 as the first building devoted to contemporary art in Poland created from scratch after the war) was a crucial element in the process of creating identity and, consequently, developing the programme of these institutions. In the collection of Architektura-murator, however, the Torun architecture is not represented by the building of the CoCA but the Concert Hall in Jordanki (designed by Fernando Menis), which is about to open. Besides, the exhibition also includes scale models of such buildings as the Museum of the History of Polish Jews in Warsaw, the New Silesian Museum, the Museum of Tadeusz Kantor in Krakow, the Scientific Information Centre and Academic Library in Katowice or the PGE Arena Stadium in Gdansk. One can also see here designs by the best Polish and foreign architects, including Stefan Kuryłowicz (Nautilius, Vitkac) and Robert Konieczny (Dom Aatrialny, Dom Bezpieczny) amongst others.

The majority of the scale models were made especially for the anniversary collection of Architektura-murator with the help (design and financing) of specific architects and studios, which ensured – as the idea of the collection required – individual expression of the most important features of the presented constructions as well as recognition of the scale models as sculptures, models or expression of designing processes.  Ewa P. Porębska, the initiator of the collection, claims that this makes the phenomenon of developing an idea and realizing outstanding architecture more accessible.

Buildings were selected jointly by the team of the Architecture-murator monthly and the Museum of Modern Art. Each model in the collection is described in detail and the construction it stands for is analyzed within the context of Polish contemporary architecture.

The exhibition Breakthrough / Architecture in Poland after 1989 – the second display of the Architektura-murator collection – will be accompanied by numerous events. From September to November, the CoCA Toruń will host meetings and discussions devoted to contemporary architecture, its significance for culture and the economy of the state; walks and guided tours of selected buildings erected in Torun in the last 25 years as well as architectural workshops for children will also be organized.

About the Author: admin