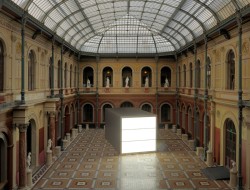 Alfredo Jaar / “The Sound of Silence” 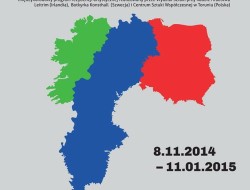 „Enter Quickly as I Am Afraid of My Happiness”... 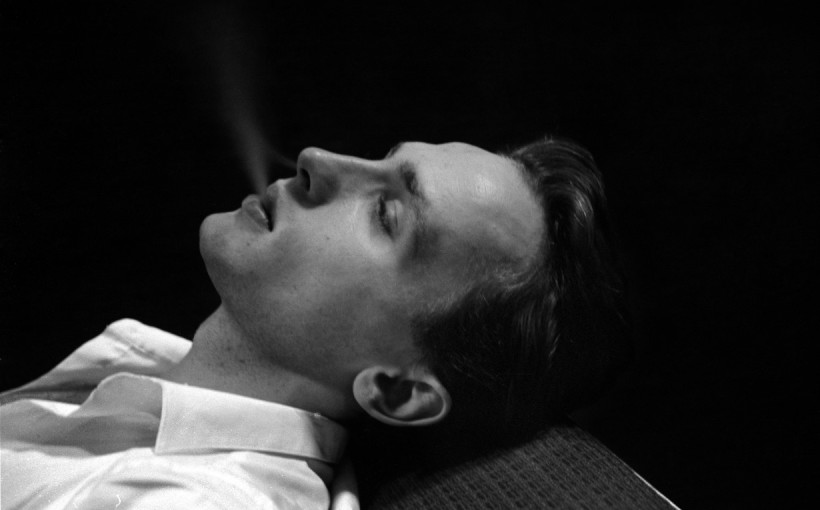 Karol Radziszewski / “The Prince and Queens. The Body as an Archive.”

The Prince and Queens

is the fullest exhibition ever devoted to Karol Radziszewski’s provocative work, aimed to underline his multifaceted and irreverent research, as well as his archive-based methodology, that spanned multiple cultural, historical, religious, social and gender references.

The exhibition’s title ironically states the three extremes of this project, based on the work of Jerzy Grotowski, Natalia LL, and the collective General Idea; different figures, chosen by the artist to investigate the concepts related to the body and identity, central themes in Radziszewski’s oeuvre.

Karol Radziszewski is an eclectic artist who uses in his practice a number of different media, from photography to video, from painting to drawing, from film to performance, hybridizing personal stories and social unrest, art history and a “queer” approach, Eastern European and American pop culture. He focuses on dominant narratives and their contradictions, on their visions and repressions, exploring the short circuit between them by generating a complex body of works, that includes photographs, text, drawings, paintings, films, and re-performances, acted as bodily traces of “living” archival materials.

The Prince and Queens brings together archival material related to Jerzy Grotowski, Natalia LL and the collective General Idea, to explore their creative potentialities: photographs, film, artifacts, and memorabilia, are displayed with new artworks especially conceived by Radziszewski in order to underline characters and alternative stories alongside the existing narratives.

The Prince (2014), is the latest Radziszewski’s project: an attempt to take another look at mythical director Jerzy Grotowski – through examining his most famous actor, Ryszard Cieślak. His role in The Constant Prince (1966) was a breakthrough in his development as an actor, and a clear example of how radical Grotowski was in the way he worked with the body. Radziszewski reconstructs Cieślak’s biography on the basis of surviving fragments of performances, recordings of rehearsals, letters, and interviews. The Prince project is based on archival materials and, at the same time, it is improvised and played out, in order to blur the borders between historical facts and potential fantasies. In the frame of “The Prince” project Radziszewski also recalls the Polish Thanatos – the last performance of the “Laboratory Theatre” group, directed by Ryszard Cieslak.

The tradition of modernism and neo-avant-garde are faced in the America Is Not Ready For This (2011-14) project, in which the artist is confronting both – Polish and Western – narratives of art history. Starting from the subversive work of Natalia LL, Radziszewski raises a series of questions on issues such as gender, feminist art, conceptual art, queer and East-West relations and their impact on the art world in the context of the Iron Curtain. America Is Not Ready For This is an open archive in search of parallels between the artistic experiences of Natalia LL and Radziszewski, as well as an attempt to examine the rules of the positioning of artists in the art world, both at that time and today.

The reference to the “AIDS era” (1989-94) of General Idea (a collective formed in 1969 by AA Bronson, Felix Partz and Jorge Zontal), is the pretest to create a short circuit between their subversive practice and Radziszewski’s Kisieland project (2009 – ongoing), based on Ryszard Kisiel, a personality behind the first East-Central European gay-zine “Filo”, re-discovered by the artist. The snapshots from Kisiel’s archive, consisting of dozens of color slides, documenting photo shoots organized by Kisiel and his friends in a private apartment, are a rare testimony of the early AIDS years. These archival materials, a direct reaction to the Polish anti-gay militia campaign (“Hiacynt”) are juxtaposed to Radziszewski’s strategy of appropriation, displayed in form of multiples, prints, paintings, wallpaper, and other materials.

This recombined collections of different images, ideas and artworks, offers Radziszewski’s counter-interpretation, alternative meanings presented in form of a process-oriented, subjective and subtly embodied research, which it is especially visible in the strategies of “re-enactment”, related to core itself of the performance, that examines the value and use of the historical documentation, aimed to present, in a challenging way, the body as an archive.

Karol Radziszewski (b. 1980) lives and works in Warsaw where he received his MFA from the Academy of Fine Arts in 2004. He creates interdisciplinary projects, working with film, photography, painting, installation, and performance. He extends his practice to magazines, artist books, fashion as well as curatorial projects. Since 2005 he is publisher and editor-in-chief of DIK Fagazine. He received the prestigious Polityka’s Passport Award in 2009 as one of Poland’s most promising talents. His work has been internationally exhibited in a number of venues, among the others: The National Museum, Museum of Modern Art, Zacheta National Gallery of Art, Warsaw; Kunsthalle Wien; New Museum, New York; Cobra Museum, Amsterdam; Wroclaw Contemporary Museum and Muzeum Sztuki in Lodz. His projects have been featured in several international biennales such as PERFORMA 13, New York; 7th Göteborg Biennial; 4th Prague Biennial and 15th WRO Media Art Biennale.
www.eugenioviola.com

» Art, Exhibitions, Home » Karol Radziszewski / “The Prince and Queens. The Body as an Archive.”